The following is an opinion piece from Dominick DeSantis, collector, contributor to SWATKATS.info, and long-time fan of SWAT Kats - Feb. 17th, 2022

After a few years of waiting… 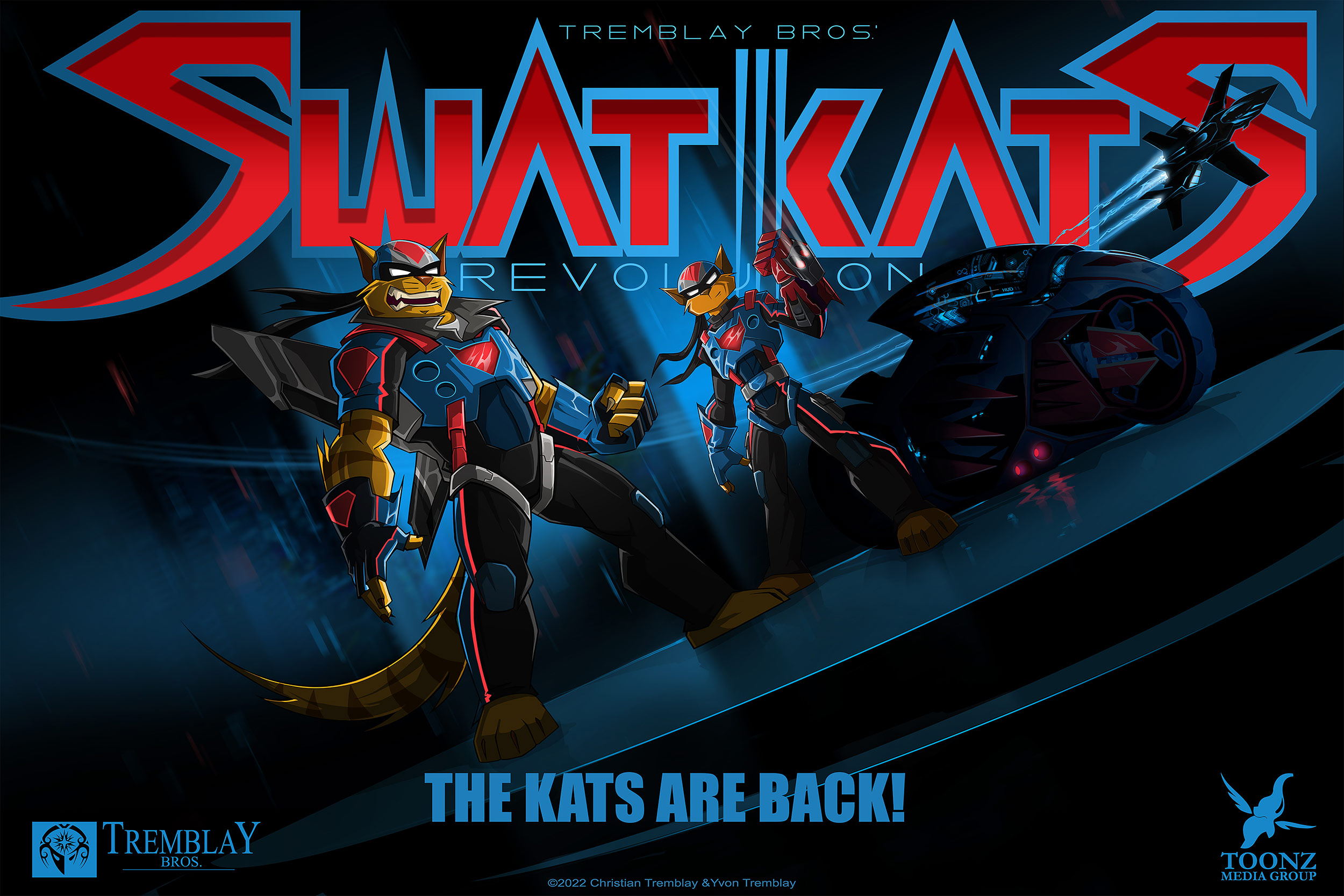 So after a few years of waiting, we've finally got some major progress for SWAT Kats Revolution. From what I can see in the press release from The Tremblay Brothers/Tremblay Studios and Toonz Media Group, we've got a new look for the series which is something to be expected. I'm seeing a lot of great stuff here like the general form from the original iteration as well as some updates bringing the series into a more modern frame. 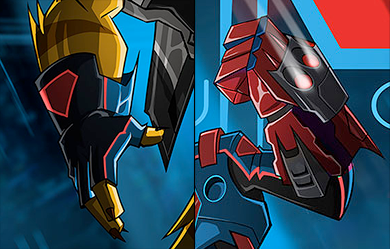 New glovatrixes, flight suits…For Razor and T-Bone themselves, there appears to be new glovatrixes, flight suits, and what looks to be some armor/protective gear on them as well what looks to be a flight device on T-Bone's back, different from the original jetpacks and deltapacks. They seem to keep with the design that was shown at the 2016 Anime Matsuri, with some slight changes. As for the tech, it looks like we've got a Turbokat 2.0 and Cyclotron 2.0. From what I'm seeing here, it looks to have a really good general direction.

While there is a ton of stuff I really like with this new look, there are a few things I see that I am curious about and wonder if they are final.

Let me make it absolutely clear, none of these things are dealbreakers in any way whatsoever. I am so watching this series when it releases. 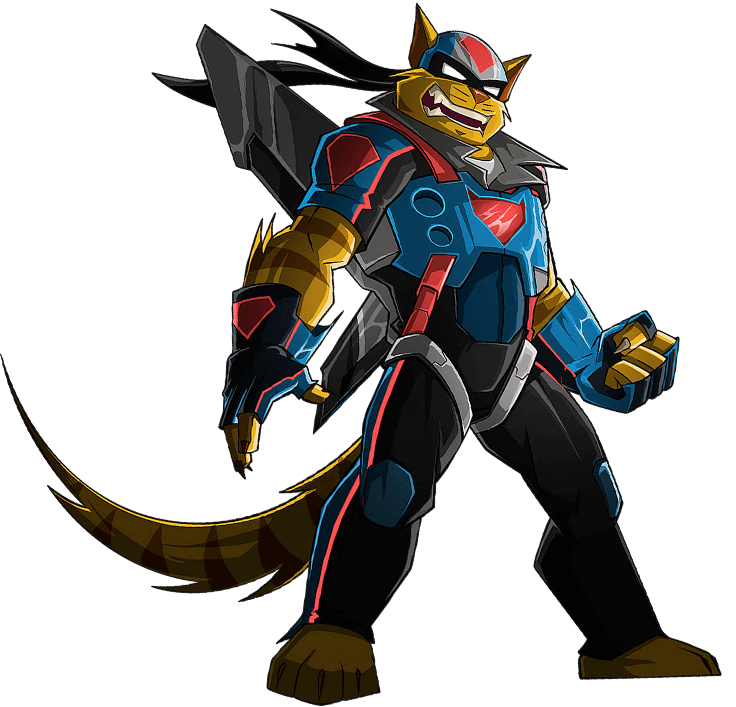 Designs with a nice freshening that comes with a new series 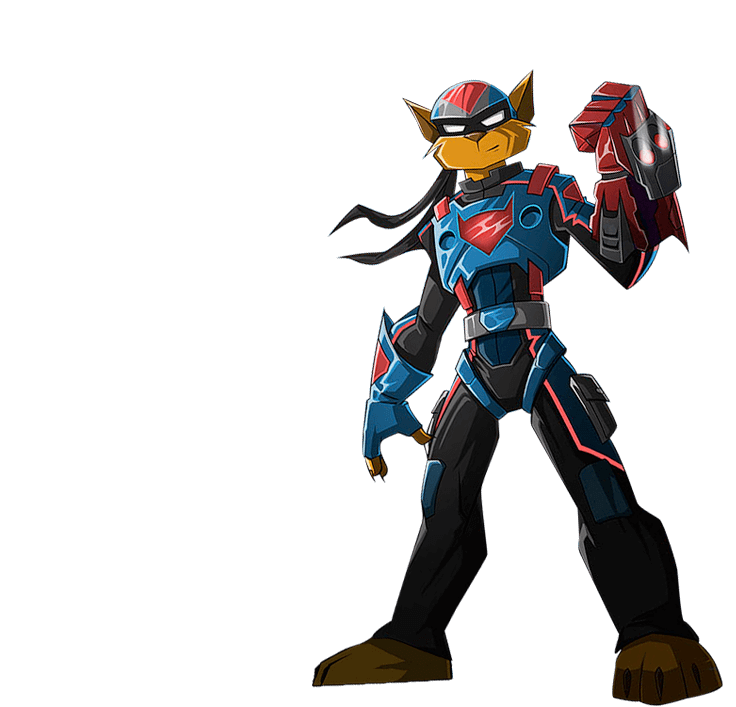 Overall though, these designs are fantasticI'll discuss T-Bone and Razor's designs first. These are nice clean designs with a nice freshening that comes with a new series.

There are two things though for the boys that I'm not particularly a fan of, they're not bad by any means but they do make me question it. The two things worth talking about on them are T-Bone's tail stripes, something that was not a part of his original design and that I personally don't see fitting, and Razor's face. I know that is Razor, it looks like Razor, but where is his distinctive cheek shape? That downward shape on the end of his face really gave him a good look in the original run.

However, while these two design choices are not exactly something I'm fond of, I do think the designs are still awesome overall and kat-tastic. There's one other minor thing, and I think this is just the way it's drawn here, where's Razor's tail? I just can't see it so I assume it to be behind him.

Overall though, these designs are fantastic and I'm really digging the look, even with T-Bone's tail stripes and Razor's face restructuring. If those two things were to be altered, these designs would be absolutely perfect in my opinion.

What I also see here, as mentioned above, is a Turbokat 2.0 and Cyclotron 2.0. I'm led to believe these are fundamentally new pieces, rather than rebuilds of the original Turbokat and original Cyclotron. I will say, out of the two Turbokat concepts I've seen, this and the one on the 2016 Anime Matsuri banner, I am more of a fan of the Turbokat on the banner from Anime Matsuri 2016.

Banner from Anime Matsuri 2016Even though I favor the aforementioned Turbokat concept over this one from the press release, they both look fabulous, real cutting edge and high tech. I also really like the Cyclotron 2.0, it's an updated look but it still holds a lot of original Cyclotron.

This being said, this makes me wonder, will the original Turbokat and Cyclotron appear in the new series? Even just as a background props? Maybe even as a 'We need to go old school tech' scenario? It would just be nice to see those show up, even though they weren't characters per the normal sense, they were still an important part of the original show, so it would be nice to see a bit of recognition for them.

The rest of this response will mainly discuss my questions for the new series. I see we are getting new villains, which is wonderful, and it looks like the original villains will be back at it again, trying to bring Megakat City to its knees. This being said, I'm wondering what will happen for characters such as Dark Kat, Madkat, and the Pastmaster. The original actors have since passed, so is there an intent to retire these characters, or simply recast? I'm good either way, just curious if there's plans for this. Of course, the same goes for Commander Feral, as Gary Owens has passed. Maybe he will have retired and Lt. Felina Feral has taken the reins? I'd like to assume that all 4 of these characters will continue on but we shall see what the Tremblays have in store for us.

Seeing as how reboots/revivals have gone in recent years, I'm hoping that they will also ask the remaining original cast to return and reprise their roles. I have a good feeling that Charlie Adler and Barry Gordon would both come back to provide the voices for T-Bone and Razor again. From the actors I have spoken to, who I am purposely not naming, each of them has said they would love to return. It would certainly make casting easier for the Tremblays. I'm also wondering if they'll have any of the original crew return to make the new series. That team is what got SWAT Kats to #1 in syndication almost 30 years ago, so I'm pretty sure they'd be able to write another stellar series.

All of the opinions above are those of my own and mine alone. They are not in any way, a reflection on Tremblay Bros. Studios, Christian & Yvon Tremblay, or Toonz Media Group.